The days are getting shorter, and the nights are getting longer! The lack of daylight has many effects on our body and our mental health. In this blog post, we'll show you what's causing seasonal winter depression and what you can do during the cold season to prevent it.

The time of daylight exposure in winter is significantly shorter than in summer. In winter we have less than 3 hours of sunshine per day on average. Due to the lack of sunlight, we can experience a feeling of winter blues or even develop a severe winter depression during the cold time of the year. Symptoms such as exhaustion, restlessness or tiredness occur more often during the winter months than during other seasons. Various hormonal regulatory processes have an impact on our well-being. In the following, we will take a closer look at possible causes of the seasonal low and how you can improve your well-being in winter.

Our body produces the vital vitamin D independently, when it is exposed to sunlight. This is why vitamin D is also called the "sun vitamin". Due to the low light intensity in the winter season, many people experience a lack of vitamin D. This is shown to cause mental health problems. Although the vitamin D storage can be partially balanced through diet, there are only a few foods that contain a relevant amount of vitamin D. These include mostly food of animal origin, such as fish. It is therefore difficult to meet the need for vitamin D only through diet if there is insufficient exposure to the sun.

The hormone melatonin, known as the “sleep hormone”, also plays a big role here. Melatonin regulates the day-night-rythm of the body and gets produced in the dark hours of the evening and night. Since the light intensity is generally lower during the winter months, more melatonin is released in our body throughout the day. This in turn causes a feeling of tiredness, which makes us feel generally limp and tired. As a result the feeling of "daytime sleepiness" can arise more often during winter.

The body needs to convert serotonin molecules in order to produce the hormone melatonin. As a result, the serotonin level in our blood goes down as melatonin goes up. This also affects our mental health because serotonin promotes general well-being. For this reason, it is often referred to as the "happiness hormone". A lack of serotonin has the consequence that we feel unbalanced and easily irritable.

By the way: The increased appetite for sweets in winter can be explained by the serotonin deficiency as well. Because sugar helps to transport serotonin molecules into our brain, eating sugar can make us feel better in the short term.

In winter it is often particularly difficult to get out of the bed in the morning. This is because our sleep-wake cycle is regulated by the light entering into the eye, as briefly explained above. In winter, however, the sun doesn't rise until late in the morning. Although the time change to "winter time" from late October to March in some countries helps with this, the nights are still long and the days are still quite short. The natural state of wakefulness comes in late, which makes it hard to get up in the morning and therefore causes sleepiness during the day.

The lack of sunlight evidently has an impact on our body and our mental health in various ways. However, there are also some methods that can be used to counteract the seasonal winter depression.

1. You can act preventively in the previous months. For example, if you have already “filled up” enough vitamin D during summer, you are well prepared for the winter months. Alternatively, you can also use vitamin D supplements in the winter months or do special light therapies to refill the vitamin D storage in your body. Just make sure to talk to your doctor first.

2. To increase the serotonin level, you should consciously take the time for fun activities. For example, workouts and other body activities are beneficial for serotonin production.

3. You can also counteract the disturbed sleep-wake cycle by going to bed earlier in the evening or by consciously boosting your metabolism in the morning with a green tea ot a short workout.

If you too have fallen victim to the seasonal winter depression, you can try some of the methods mentioned above. Don't forget that even the longest winters are followed by summer!

However, if you suffer from severe depression and can hardly get through the day despite various methods, you should talk to your doctor about this, as there might be something more going on inside your body. 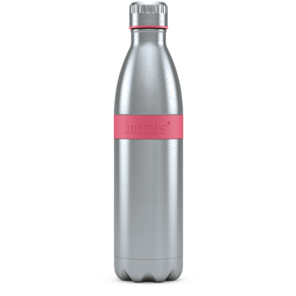 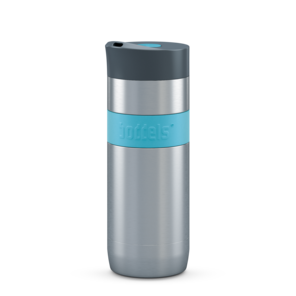 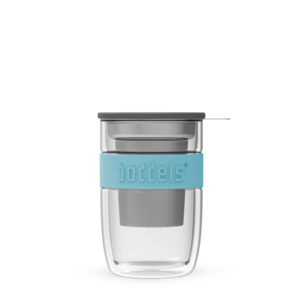 The double-walled glass mug with infuser for hot beverages